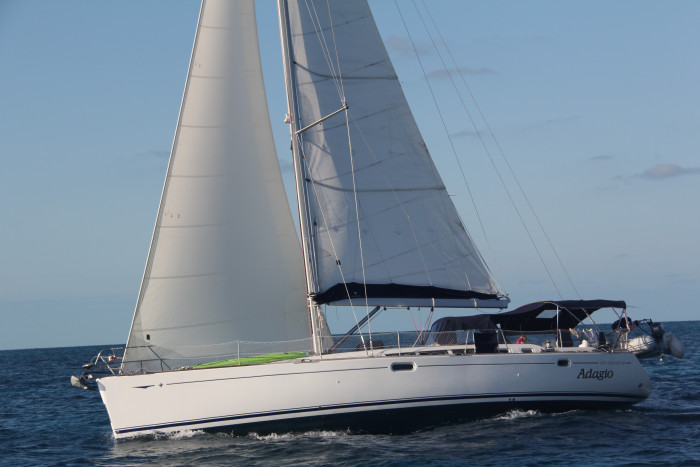 The Philippe Briand design is evident in the Jeanneau Sun Odyssey 49 classic lines and hull design.  The interior arrangement can be set up as either four cabin or two cabin with four separate heads.  The shoal draft makes cruising a breeze, and the amenities provide for comfort for the entire crew.  Adagio features include generator, AC, watermaker, and bow thruster.

Significant improvements and additions were made to an already well equipped Caribbean live aboard in December of 2013.  Those improvements include the following:

Everything you need to sail away to the Caribbean.
Scroll Up